Living in an Ocean State of Mind

Living near the Ocean

What is it about a sunny winter day in New England that just begs for a drive to the ocean? The light is astoundingly bright in the clear sky during cold weather and I cannot keep myself tied to a chair. It is as if the light is forcing me out of doors and leading me straight to the coast.  I am blessed to be living in Rhode Island, where Newport is just a forty minute drive from Providence.  When I was living in Athens, Greece I would feel the same pull to drive to the coast and soak in the brilliant blues, but that is a different kind of light for another post.

Suffice it to say just such a day occurred yesterday and after last week’s blizzard had turned everything to an icy gray, I jumped at the opportunity. First stop the Inn at Castle Hill, which lies at the western tip of Aquidneck Island, at the entrance to Narragansett Bay. It was commissioned in 1874 by Harvard marine biologist Alexander Agassiz and is a classic Shingle Style home, now a luxury retreat. 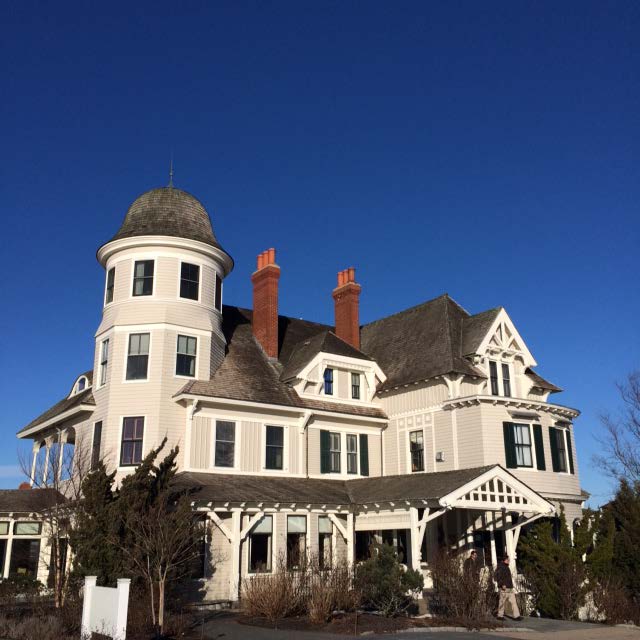 Onward to Ocean Drive: a beautiful meandering road on the southern tip of the island, which was declared a National Historic Landmark in 1976.  I so enjoy this drive in the winter, when there are no crowds or traffic to deal with and views are unhindered. The lack of foliage allows you to see the magnificent architecture which dots the landscape unimpeded. Turning to the south, all you see is the vast expanse of the Atlantic as the moving water calms the mind and feeds the soul. 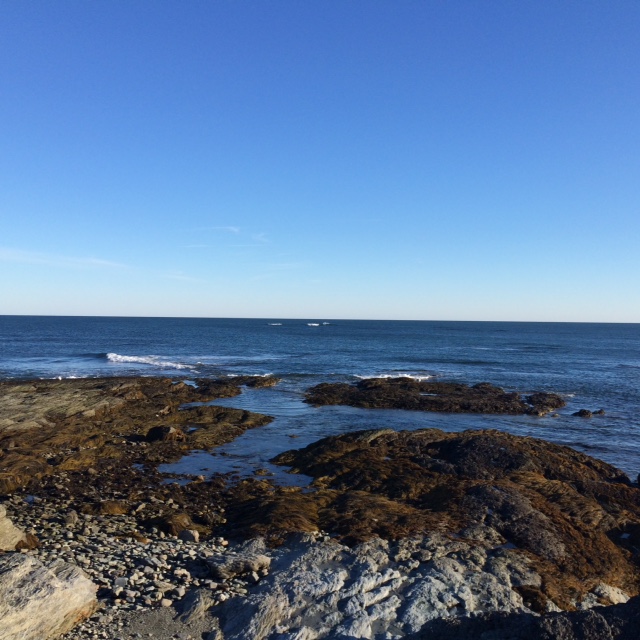 View of the Atlantic Ocean from Ocean Drive

At the end of the drive, Bellevue Avenue begins, and the sheer opulence is awe-inspiring. The Gilded Age comes back to life in all its glory and the scale of the homes through the lense of an architect is daunting. Marble House, picture below, was designed by Richard Morris Hunt for the grandson of Cornelius Vanderbilt, and  helped spur the transformation of Newport into the mansion studded summer retreat that it became. Built between 1888-1892, It contains 500,000 cubic feet of imported marble, and is one of the earliest examples of Beaux-Arts architecture in the United States. 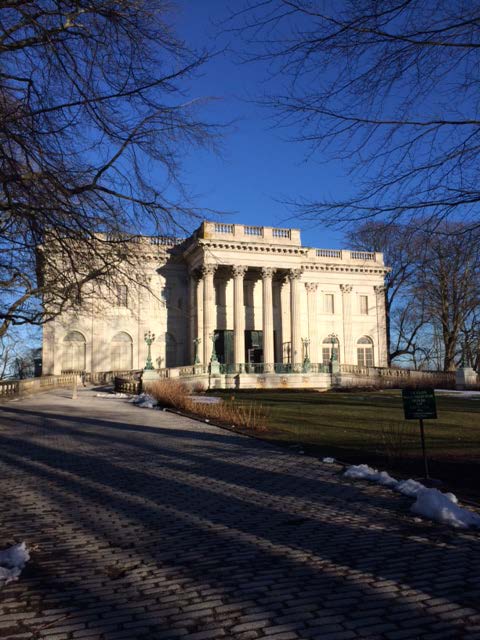 Not to be outdone by his younger brother, Cornelius Vanderbilt II, subsequently built The Breakers, the largest and most imposing of all the Newport Mansions, between 1893 and 1895. Located on Ochre Point Avenue, overlooking the Atlantic Ocean and the Cliff Walk, it is a marvel of the Gilded Age. The imposing thirty foot high sculpted iron gates at the entrance serve as evidence of the opulence of the time. The Newport Preservation Society has acquired this mansion as well as many others, and it is an experience to visit these amazing homes, especially in the off season. 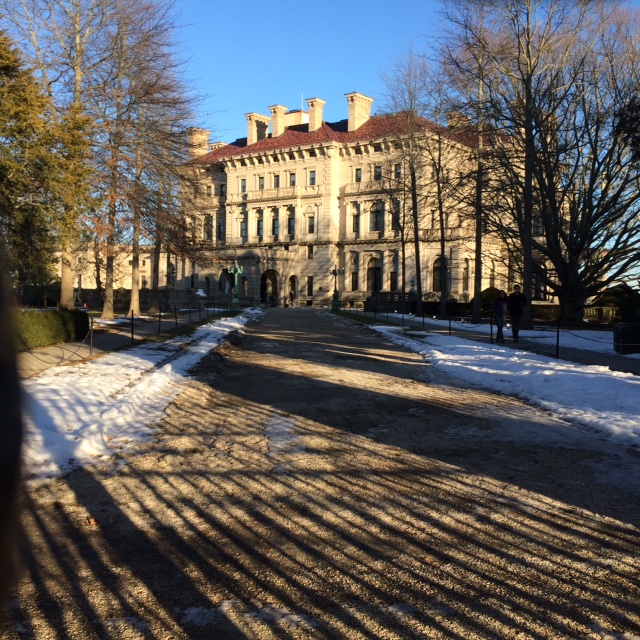 If you love Newport and all its glory, take a piece of Newport home with you. Visit LAMOU’s  NYPL Going Places collection and get a vintage Newport postcard from "Gilded Playground" on a table for your home.