I grew up in Chicago. It is not surprising that I became an architect. Yet, it was a solo journey to arrive at this career decision. My parents didn’t know anything about architecture. My mother grew up near Oak Park and had never heard of Frank Lloyd Wright until I took her to see his work in my 20’s.

As Lena and I have delved deep into design using our architectural backgrounds to create LAMOU,  we started exploring patterns and ornament that some of the well known architects of this country have developed.  Two Chicago traditions are Louis Sullivan and Frank Lloyd Wright, Sullivan’s apprentice. Both had a very strong affinity to nature yet both manifested their interpretations of nature in very different styles.

Louis Sullivan is often called the 'father of skyscrapers'.  I  find this somewhat ironic in that his work is so ornamental and counterintuitive to the architecture of present day skyscrapers.  He also believed that ‘form follows function’ and this is clear in his buildings.  I have fond memories of the Carson Pirie Scott building, mostly because my mom liked to take us shopping there during the summer months.  As I studied the building later in my architectural schooling in Chicago, I understood that Mr. Sullivan, while creating a functional building, was not satisfied with just that. His ‘form’ or decoration was elaborate and evocative: truly of an artist who needed to express, not just a mere function, but a bigger idea.  What was the relationship of a building to nature perhaps? Sullivan, as the ‘father of the skyscraper’ did not give up on ornament as a modern architect might. 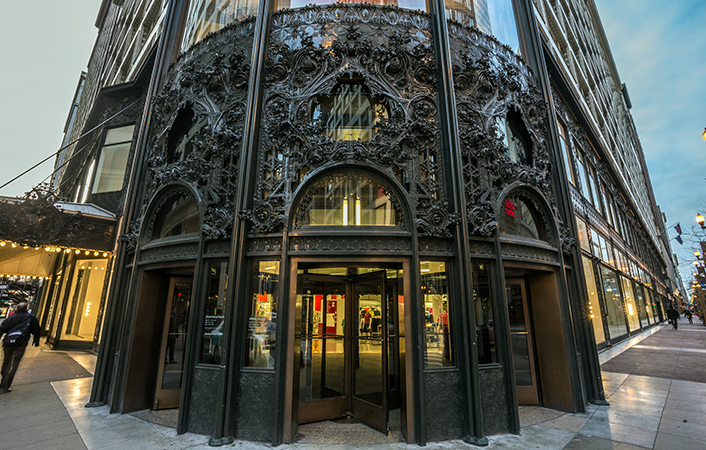 Many childhood memories of walking through these doors to shop at Carson Pirie Scott. The ornament was background for me, but became my life.

Frank Lloyd Wright was an apprentice of Mr. Sullivan’s from 1888 – 1893. Sullivan guaranteed Wright a 5 year employment contract to ensure the success of the young Frank and his new marriage. He also loaned $5,000 to Frank to build his first house.  Mr. Wright ultimately broke the contract by moonlighting and doing his own projects on the side. This ended the relationship between Sullivan and Wright, yet it is clear the Mr. Wright learned much from Mr. Sullivan. 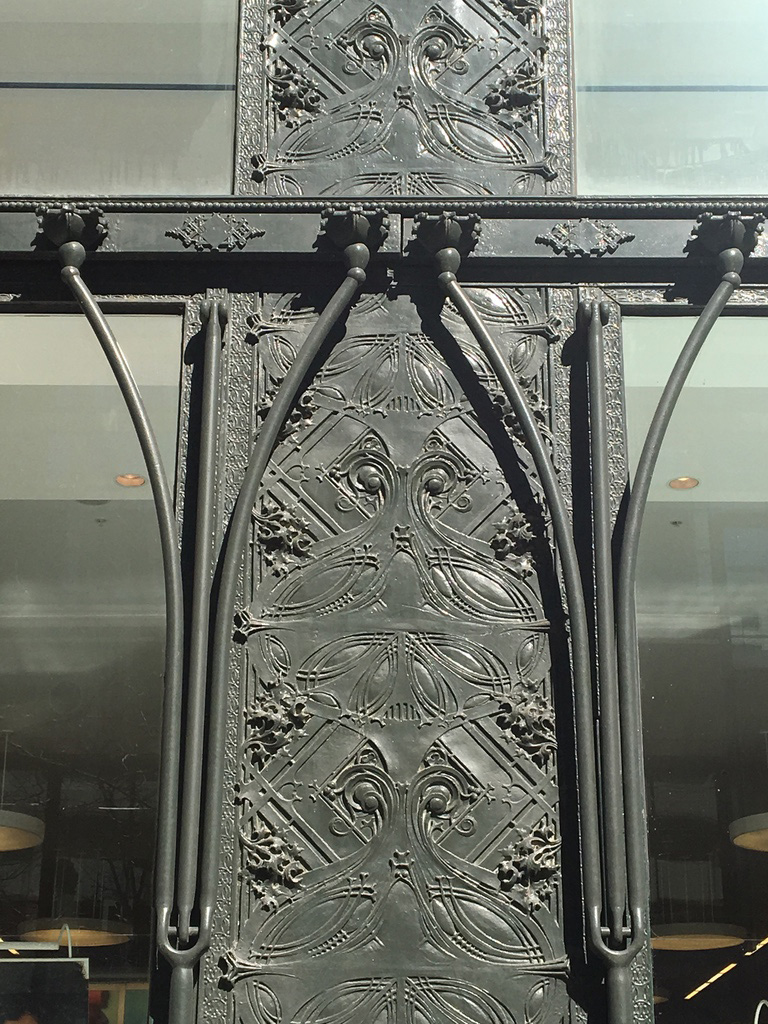 Frank Lloyd Wright’s architecture did not become the next generation of skyscrapers, however, though he designed his fair share of taller buildings with less success. His most successful and well known works are his low slung buildings which were integrated into the landscapes.  And he developed his own vocabulary around nature, which was much more geometric, and less fluid than Sullivan’s.  Frank Lloyd Wright managed to develop a ‘modern’ decorative vocabulary which was very evocative of nature, but in a more abstract manner. 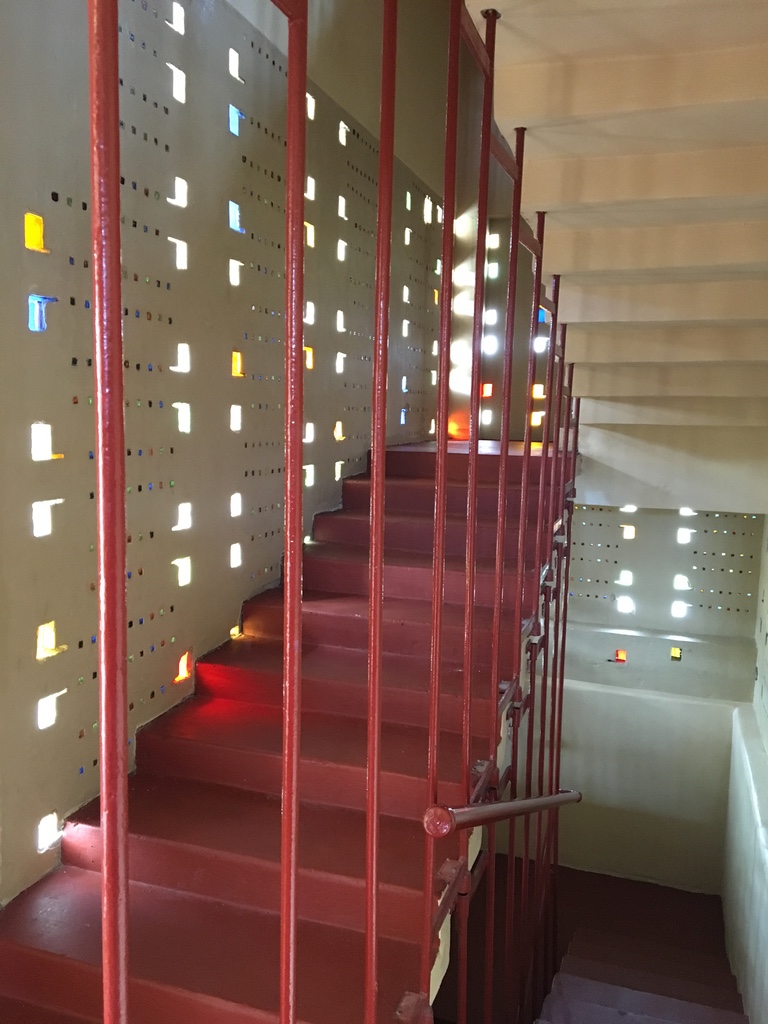 In this example from Florida Southern College in Lakeland, Florida, Wright literally used sand to make brick modules to ‘play’ with nature and bring nature into the chapel by using colored glass.  A rhythm is created, but since the blocks are handmade, there is a natural, less rigid quality to them. 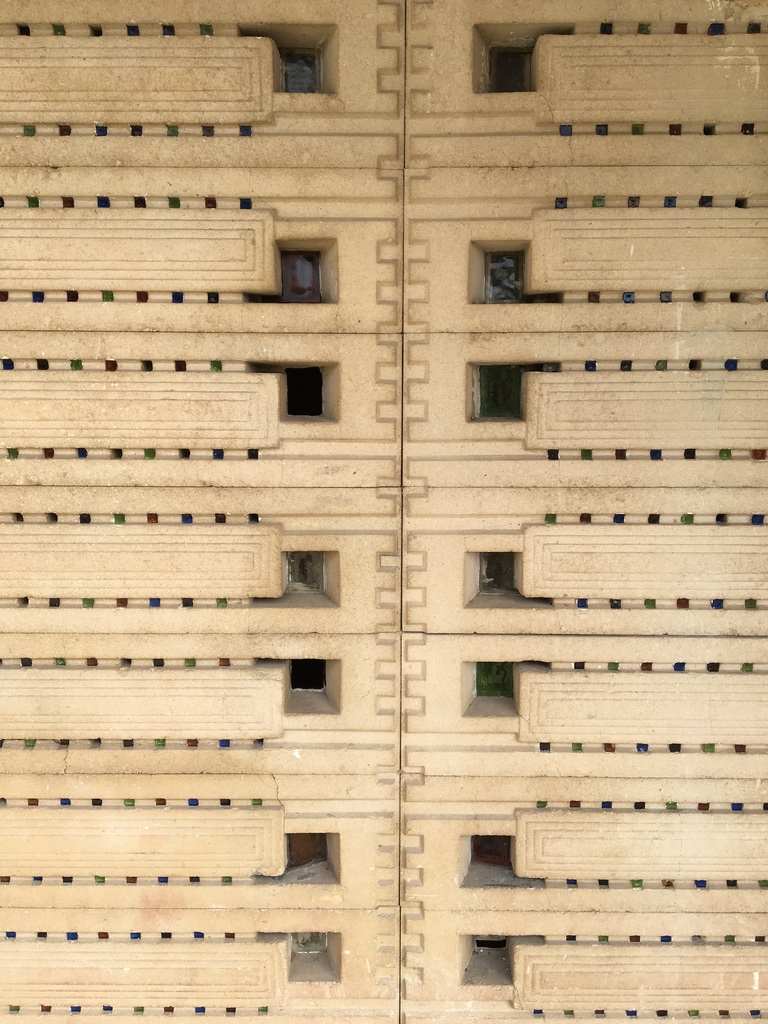 Both architects clearly revered nature and used it to elevate the human experience in every building they designed. Louis Sullivan managed to do this with Carson Pirie Scott through the experience of shopping as much as Frank Lloyd Wright created a spiritual setting in Annie Pfeiffer Chapel using colored glass and sand blocks.  It really didn’t matter what the building type was because both Sullivan and Wright created evocative moments, whether you were shopping, worshipping, working, or just plain living!

We liked Sullivan's and Wright's ode to nature so much that we chose them for our Love At First Site Collection. Check out "Louie's Love" and "Frankly Florida". Wouldn't these be great in your living room?