LAMOU is on the move!

We recently moved LAMOU HQ to a new location: Mad Dog Artist Studios in Pawtucket, Rhode Island.  We decided it was time join a community of artists and designers.  I had discovered Mad Dog the first year I was back from Greece, and becoming a member in 2014 saw me through the first long and cold winter in New England.  So when Ann and I decided to move to a studio here it was like coming back to a familiar embrace. 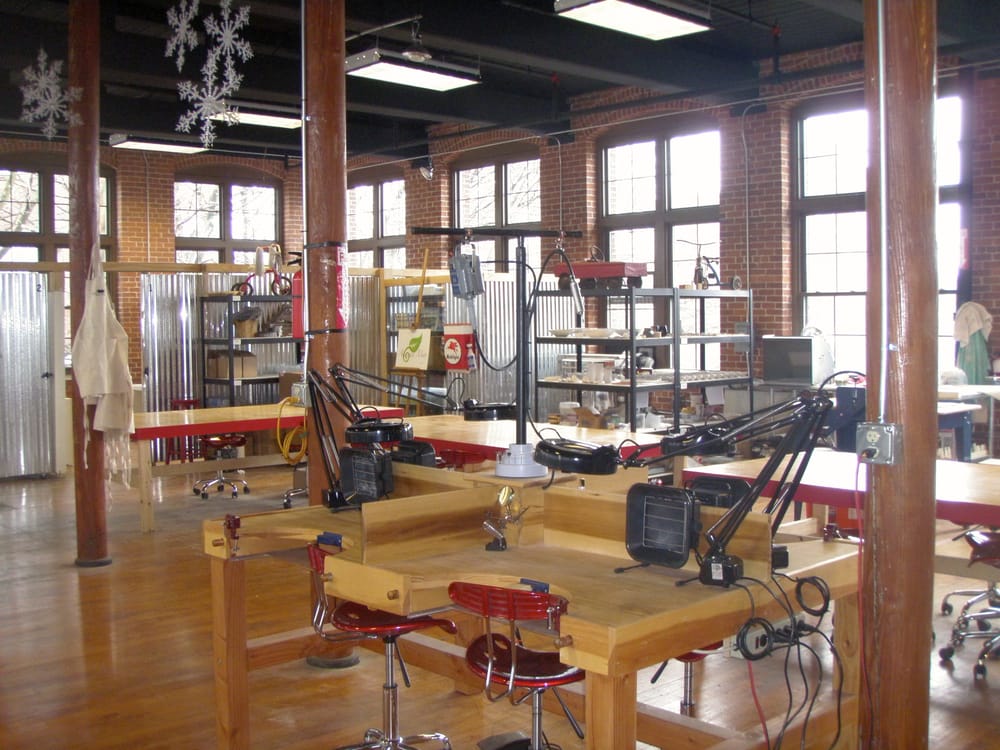 View of the common studio at Mad Dog

The Garnett family, Norv, and his daughters Christina and Amanda, started Mad Dog Studios in 2012, in an old, but well preserved mill building in the Pawtucket Art's District.Their vision was to provide working people an affordable community space to create art. The main studio space pictured above, is 50 feet wide has ample light from east and west facing windows, plus plenty of shared equipment for painters, ceramicists and jewelry designers. 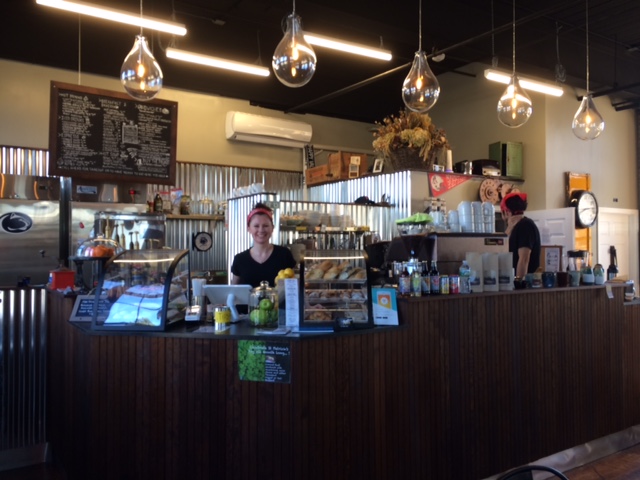 Mad Dog has since grown and expanded, from the initial studio space and gallery, and now offers individual studios, as well as the newly opended Mad Dog Café, located on the ground floor, and run by Christina.  Amanda, a talented potter, runs the studio, and Norv manages all of us who are part of this delightful community. 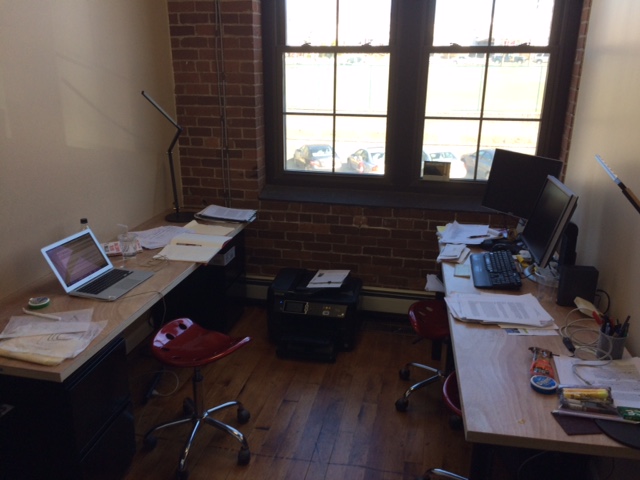 When the Garnetts first opened Mad Dog in 2012, there were about 20 small companies and artists in the Armory Arts District. Today over 160 small businesses and artists have moved into the neighborhood, and the area is changing. There are plans for a train stop a quarter mile away, and a bike path is in the making that will run all the way to Newport. The Blackstone River lies directly west of Mad Dog and can be seen from the large studio windows. There are plans to revitalize the Blackstone River Corridor and Mad Dog is right on it's path. The Gamm Theatre is in walking distance, as is the Pawtucket Armory.

The Garnetts have done an amazing job in seeing their vision through, and they are a charming family. Mad Dog hosts gallery openings, and communal dinners, and they organize sales events through out the year for their members. Norv, Christina and Amanda work seamlessly together as a family and create a charming environment for all of us who work here!

LAMOU loves being part of this community, and one of the reasons we started LAMOU was to create a community ourselves and open the design process to our customers. Join us: design your own table and share the fun at #mylamou!!